Precursor T cells mature in the thymus. The mature naïve T cells (also called T lymphocytes) then circulate in the organism. They can be either CD4+ or CD8+. Each T cell is specific for one non-self-antigen, whose encounter will be recognised as a threat and activate the immune response. The T cells recognising self-antigens have been eliminated during the maturation in the thymus. 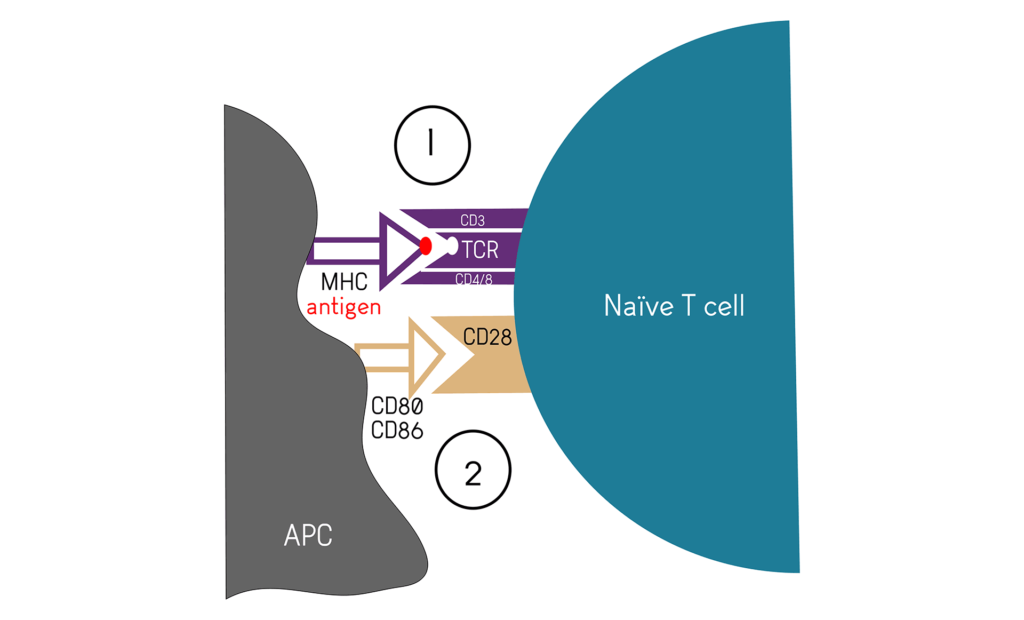 In drug development, and especially in oncology, it is often important to understand how new compounds and therapeutic antibodies can interact, enhance or inhibit T cell activation.

The T cell activation assay use magnetic beads coupled with anti-CD3 and anti-CD28 antibodies as positive controls. Those antibodies will mimic the binding to MHC and CD80 and trigger the cascade of activation of T cells. 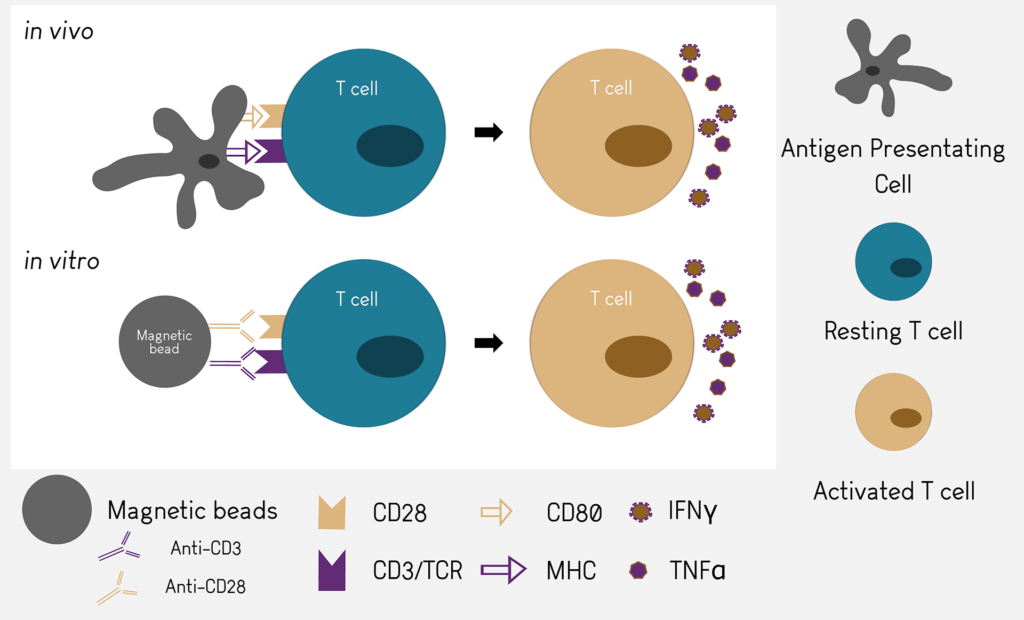